P eople at Nokia Mobile are also working to bring the latest Android operating system update to their latest T20 Tablet. According to the latest GeekBench tests, Nokia is working on Unisoc devices. In the first week of April, the Nokia T20 also ran the Android 12 operating system.

The latest version of the Android operating system has allowed the G20 hardware to score up to 1,348 points on multi-point tests and 345 points on single-core Geebench tests. 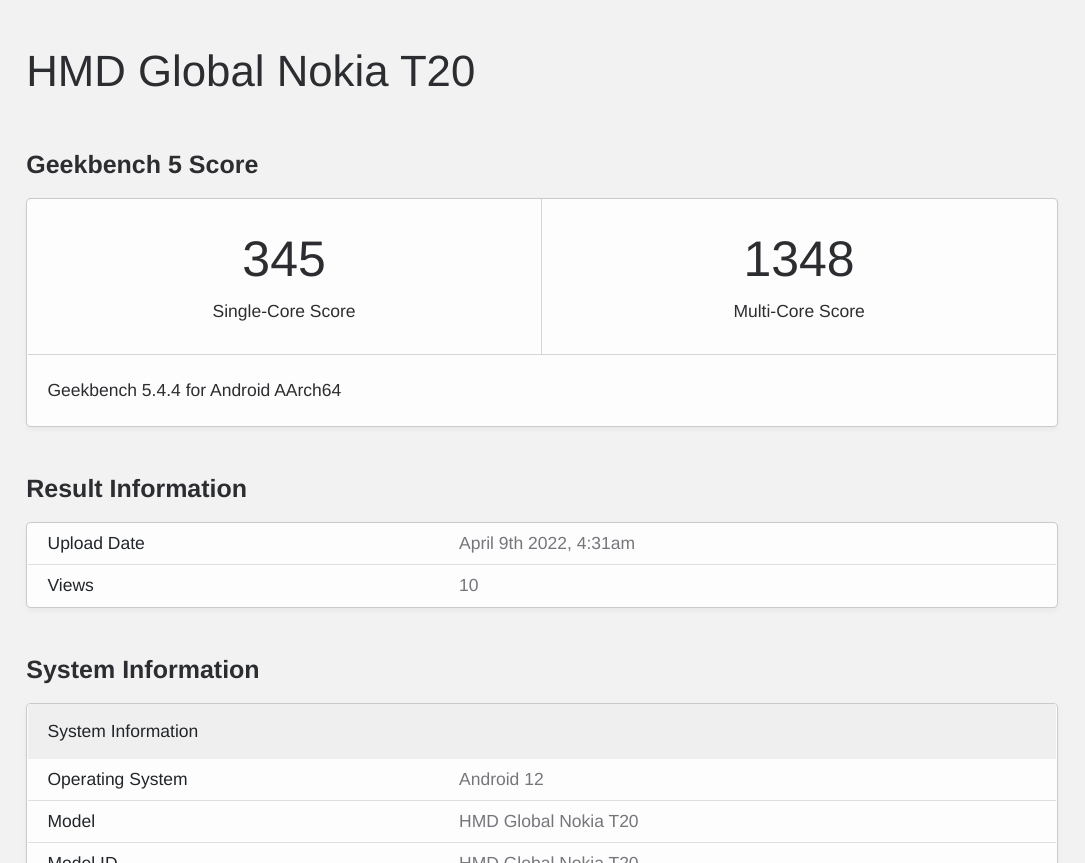 The Nokia T20 tablet consists of a single camera that consists of 8 MP while on the front there is a 5 MP (wide). It runs on the Android 11 operating system and is powered by a Unisoc T610 Octa-core processor.

The size of the screen is 10.4 inches and the screen type is an IPS LCD capacitive touchscreen that will give you an output of 1200 x 2000 pixels. It comes with features such as Bluetooth 5.0, USB Type-C 2.0, and GPS with A-GPS (LTE model only).