Nokia has the highest 5G speed of 9.85 Gbps on the Vodafone Idea India network 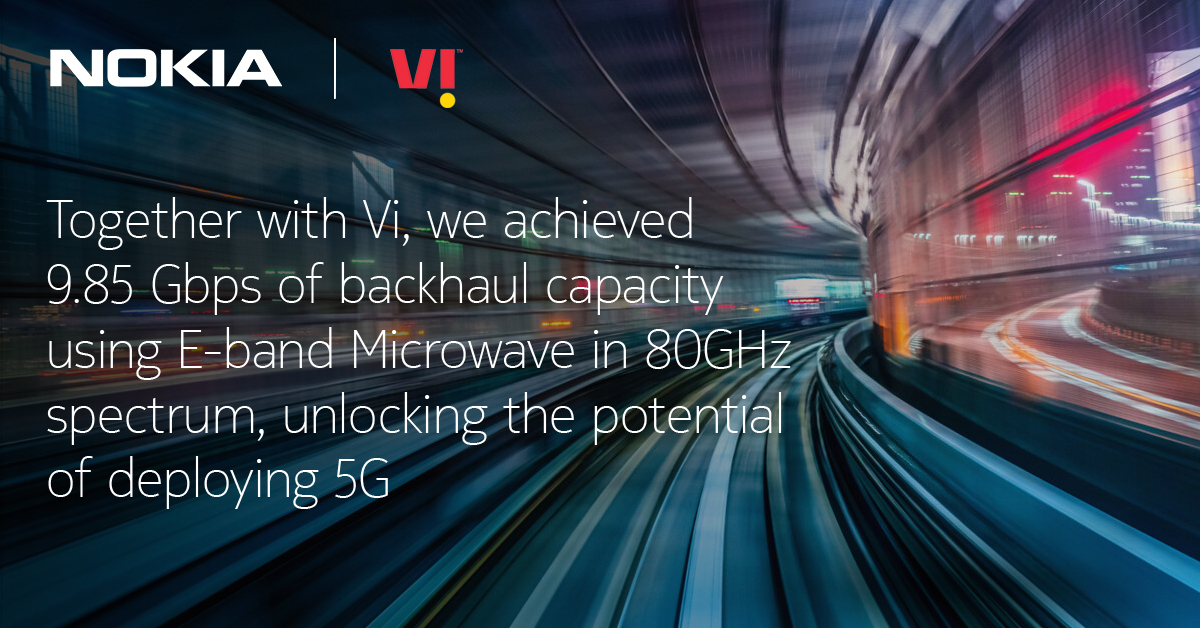 Telecommunications device maker Nokia India said on Wednesday that a top speed of 9.85 gigabits per second was registered by the Vodafone idea network during ongoing 5G trials. During experiments in Gandhinagar, Gujarat, the company reached the ultimate speed in background data transmission, which means connecting a network of mobile base stations.

"Together with Vi, we achieved 9.85 Gbps background transmission capacity in the E-band microwave 80 GHz spectrum, unlocking the potential of 5G deployment," Nokia wrote in a Twitter message to India.

We are pleased to be working with Vi to try out # 5G services by combining #smallcells and #macrocells.

The high-frequency zone of band E is proposed for background interconnection of mobile networks, and the data rate in these bands is expected to be the same as the transmission level of optical fibers.

“We are delighted to be working with Vi to pilot small cells and macrocells at fiber-optic speeds through the E-band in experiments with 5G services, in areas where the deployment of fiber technology is a challenge,” Nokia said.

In September, Vodafone Idea claimed to have recorded a top speed of 3.7 Gbps during its 5G trials in Pune, the highest in India.

The company also claimed to have recorded 1.5 Gbps download speeds in the middle band in Gandhinagar and Pune. For Vi (Vodafone Idea), the Department of Telecommunications (DoT) has allocated high-frequency bands, such as 26 gigahertz (Ghz), in addition to the traditional 3.5 GHz spectrum band for 5G network experiments. Via Link