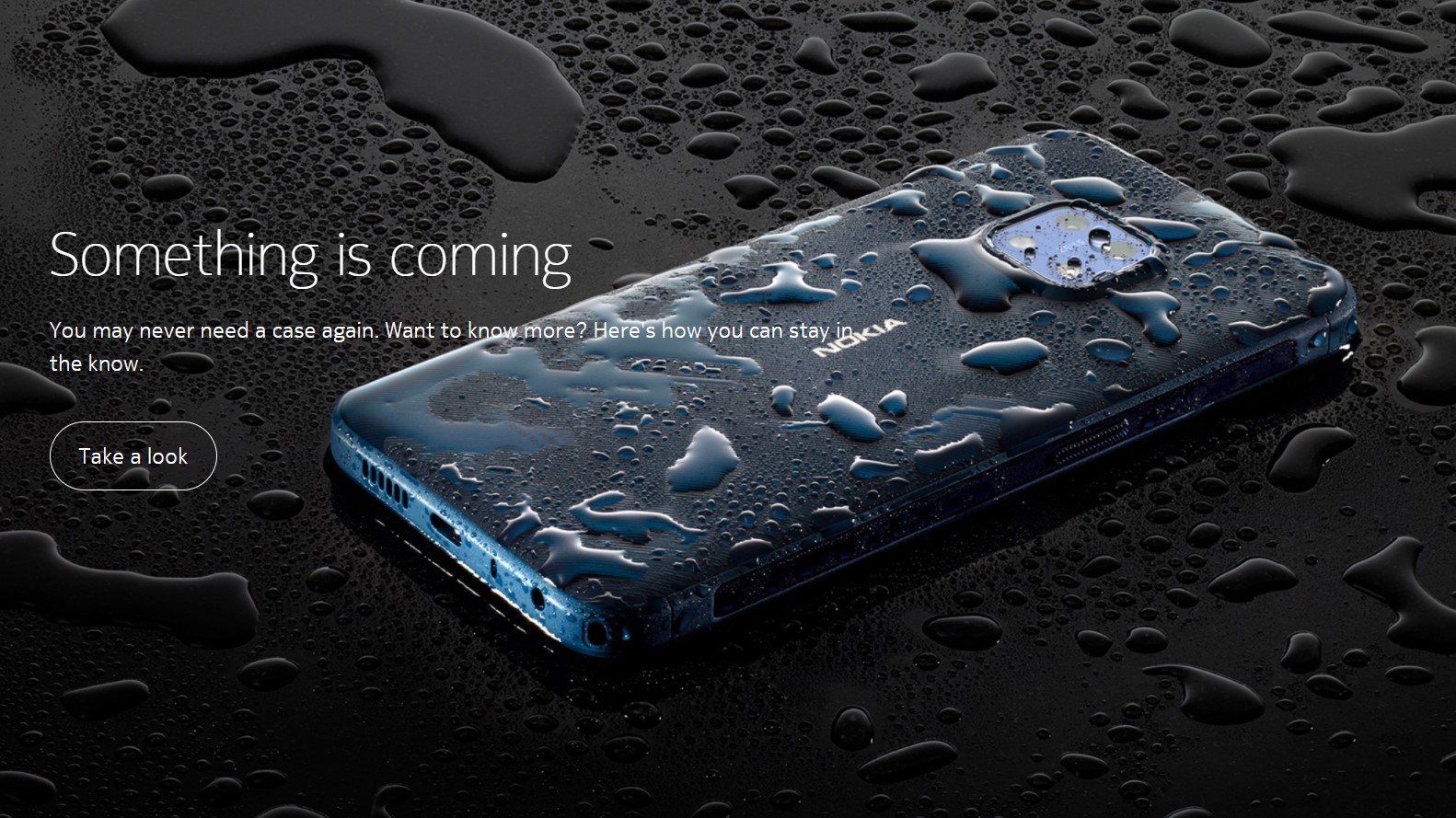 Y esterday, Nokia Mobile unveiled the launch of a robust phone that doesn’t require a case to protect. Through the bar on the homepage of the Nokia Community Forum, Nokia Mobile has taken a first look at the upcoming, robust smartphone for all of us, which it will launch on July 27th. I think the "no case required" indicator may also hide an unexplored technology in the device that we haven't seen from Nokia yet. I’m likely that this new device may already include the Graphene technology that Nokia is known to have been experimenting with for years.

The picture shows the water supply of the Nokia XR20, which has water on its body. The smartphone looks thick enough with a textured back cover. The blue color of the device is somewhat close to the Nokia X20. The biggest change you’ll probably notice is the rear square camera housing, which is a welcome change as most Nokia phones now have a circular camera module. The area around the cameras is raised to protect them from accidental falling. Russian retailers have indicated that the phone will only have two cameras, which can now be seen in the photo, while the other two holes are probably made for the flash.

The side cutout has a button that appears to be the Google Help button. The speaker grille no longer has circular holes, but the rectangular cutouts are a good fit for a rugged design. It has a USB Type-C port and a 3.5 mm audio connector next to the speaker grille.

The rest of the specifications include a 6.67-inch FHD + display and a 4630 mAh battery. A dual camera is set at the rear, i.e. a 48 MP primary camera and a 13 MP camera, while the front camera has an 8 MP resolution. The smartphone is powered by the Qualcomm Snapdragon 480 5G, which we have already seen on the Nokia X20 and Nokia X10. The Nokia XR20 will be available with 4 or 6 GB of RAM. The 6GB version will have 128GB of internal storage (expandable up to 512GB using a micro SD card). Nokia Mobile's first robust smartphone, the Nokia XR20, will be available in blue and gray on July 27. Nokia Mobile is offering three major operating system updates and three-year security fixes for its X-Series smartphones. The Nokia XR20 will be a robust smartphone that lasts longer, so it will be interesting to see if Nokia Mobile also offers longer software support for this phone.