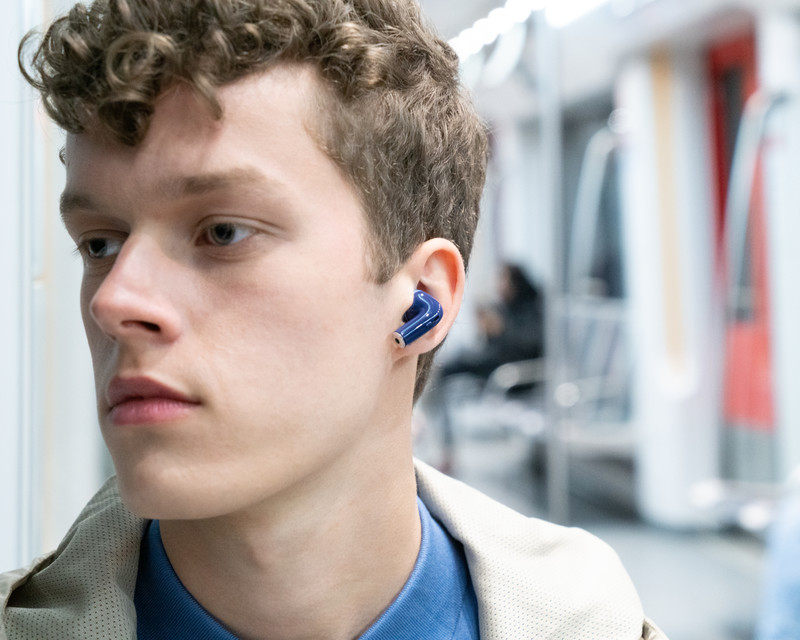 The Nokia TWS-XPR will be Nokia's latest wireless earphones, which will be announced alongside other Nokia smartphones, tablets and phones. Nokia has just appeared on the American FCC certification list with a user manual in Chinese and a smaller specification, with photos, which are included in the Bluetooth certificate in the It has Bluetooth 5.3 specification.

Check out the screenshot below which reveals that Nokia Mobile is likely to release the TWS-XPR wireless earphones soon. The name and color are very different from previous Nokia wireless headphones, so it will be interesting to see what this means as we learn more about the TWS-XPR. 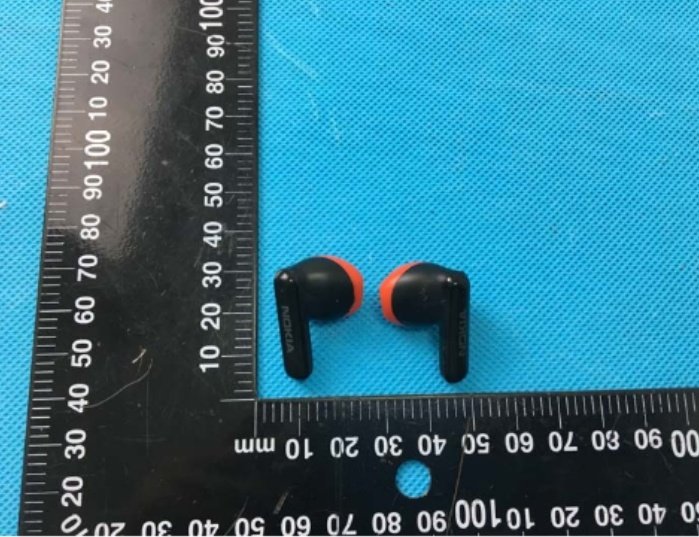 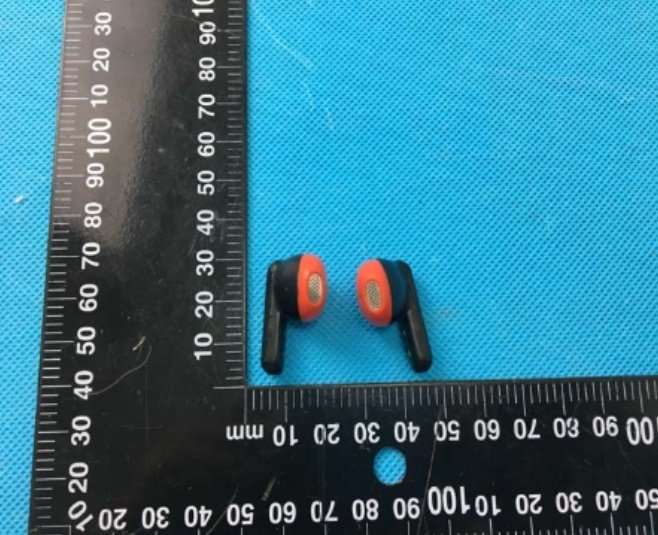 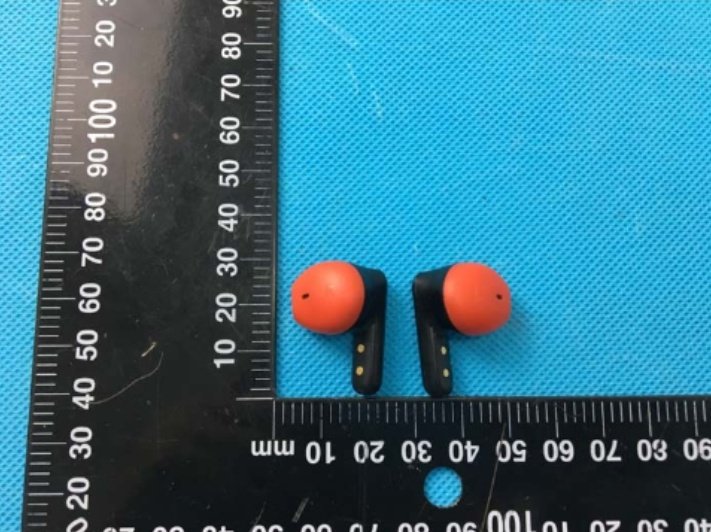 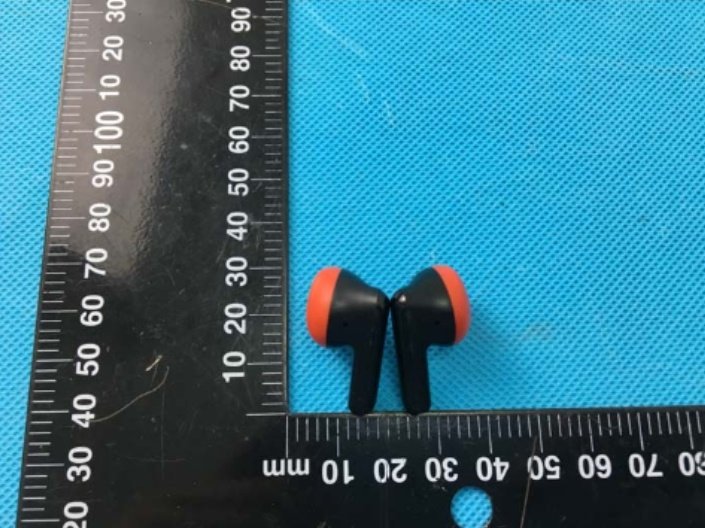 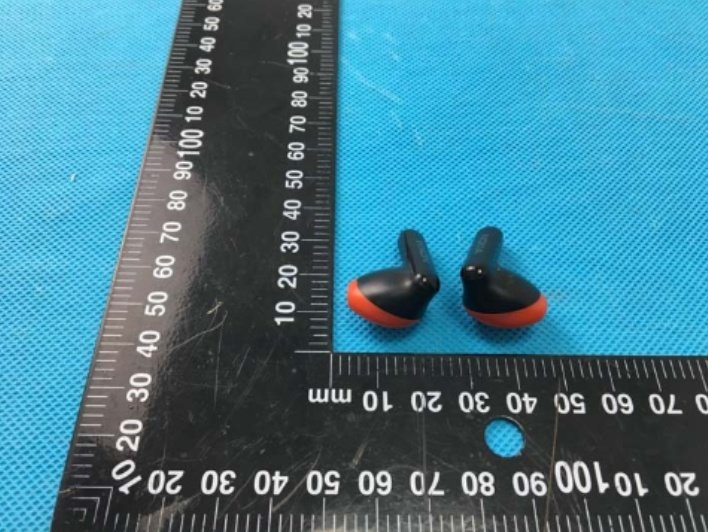 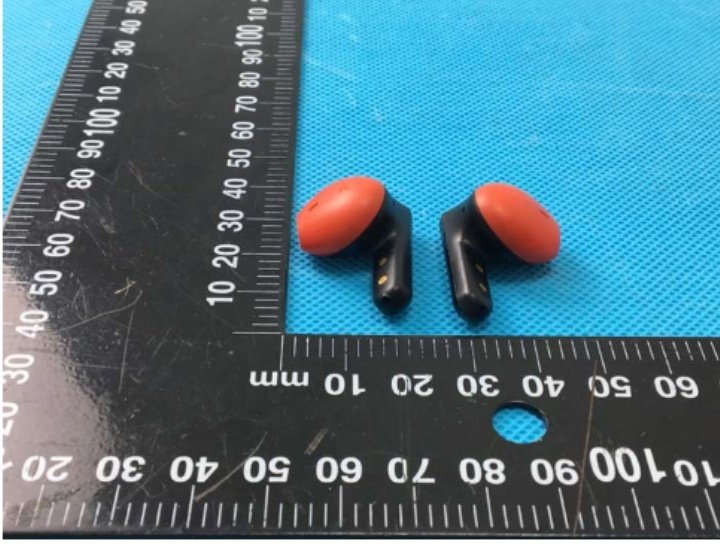 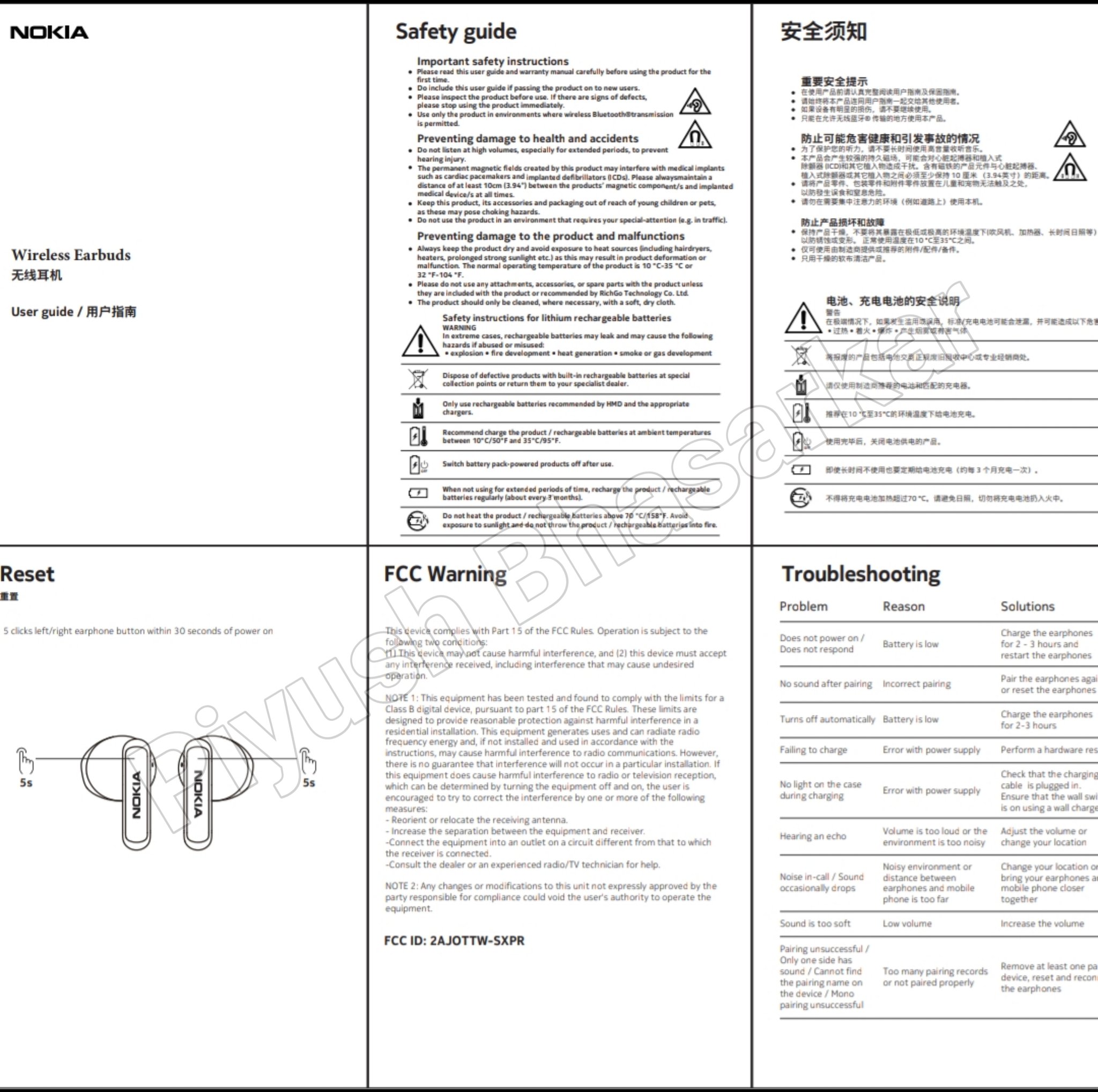 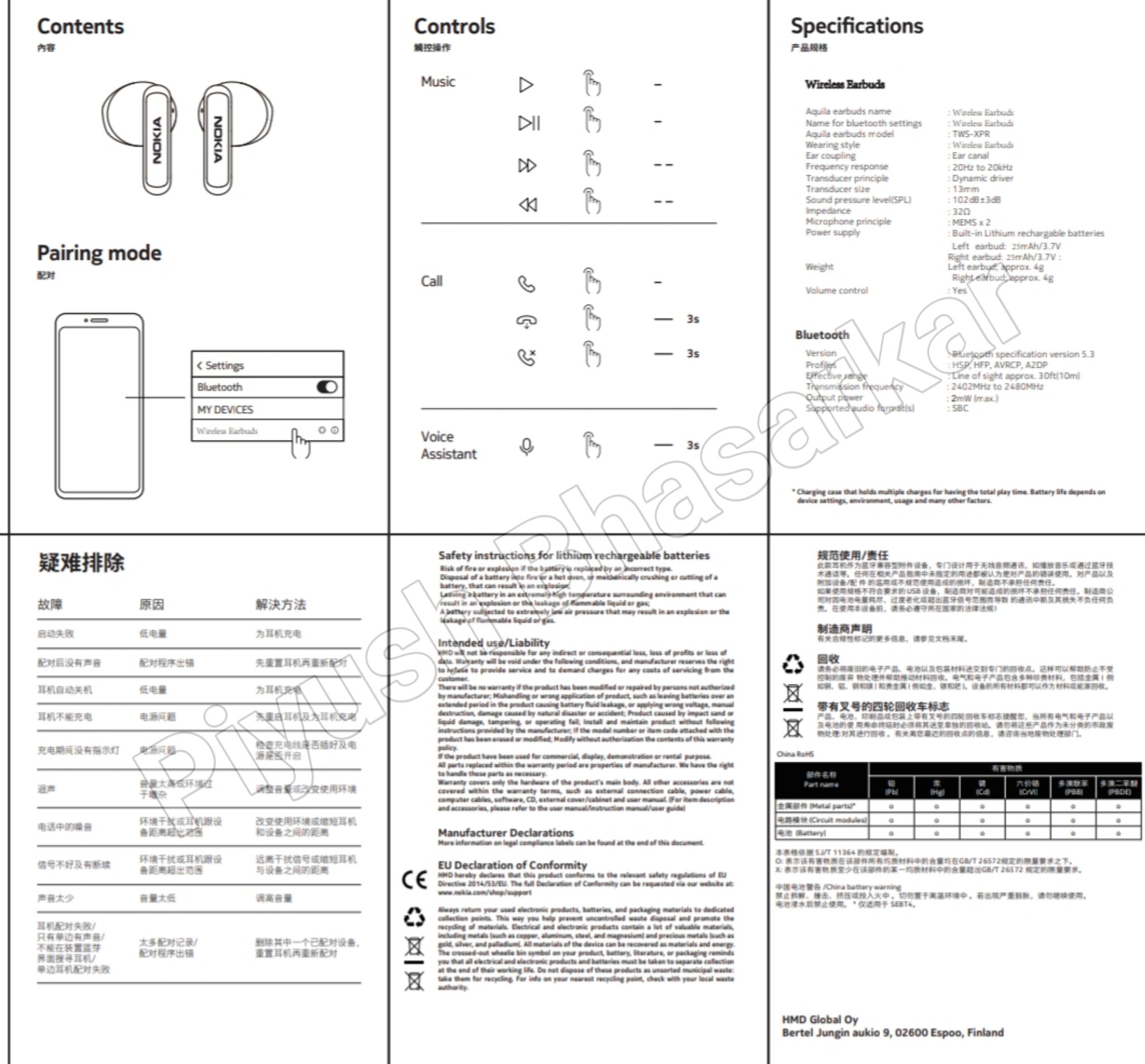 Previously released distributor lists: Nokia 8210 4G and Nokia 5710 XA Two more classics that may be relaunched as 2022 versions, the Nokia 2660 Flip (TA-1474) has also been released in Australia distributor lists.

Nokia Mobile plans to launch several Nokia X-series and G 5G smartphones in the second half of the year. Many of these smartphones may be powered by the Snapdragon 480 Plus 5G processor. In fact, HMD Global has already mentioned it in Qualcomm's press release while considering its future smartphones.