The Nokia N139DL was previously featured on the official WiFi certification website, which will run on KaiOS 3.0, support 4G networks and 2.4 GHz wireless networks. There are currently five Nokia phones on the market with KaiOS, the Nokia 6300 4G, Nokia 2720 Flip, Nokia 800 Tough, Nokia 8000 4G and Nokia 8110 4G. 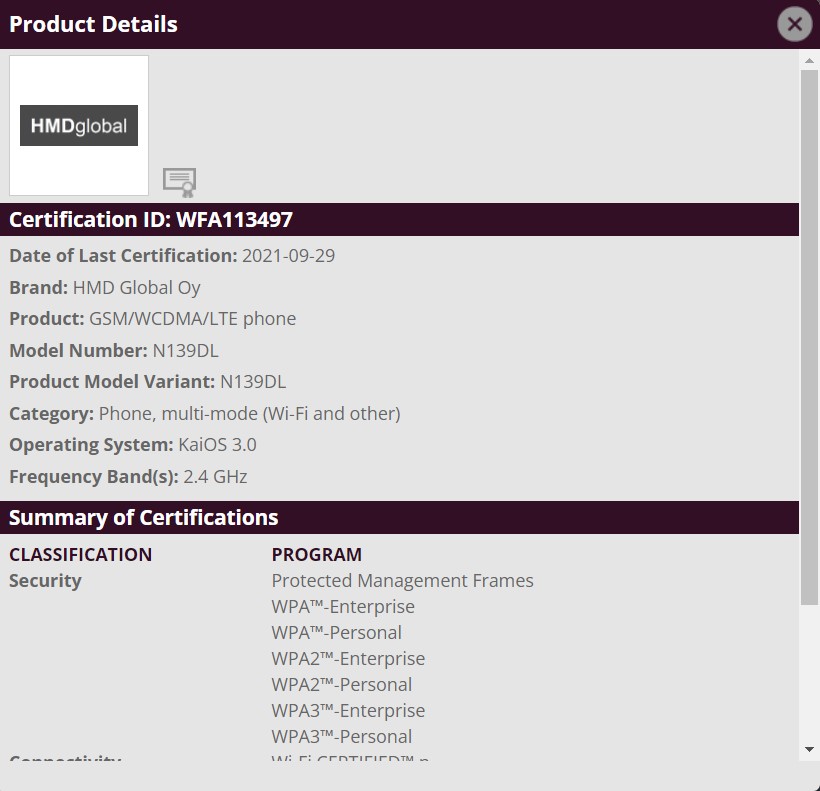 Smartphone user interface makers mostly focus on advanced or sophisticated features. However, these are not required for feature phones. In this sense, KaiOS does not focus on aesthetics. The team primarily wants the system to run smoothly and smoothly on a low-specification device. In addition, all users should be able to use it effortlessly and without 0 learning costs.

To this end, the KaiOS team takes a minimalist design approach. This is why users can navigate intuitively and communicate successfully with applications. While many may think this is fairly easy to accomplish on functional phones, it is essential for users who have never had a cell phone.