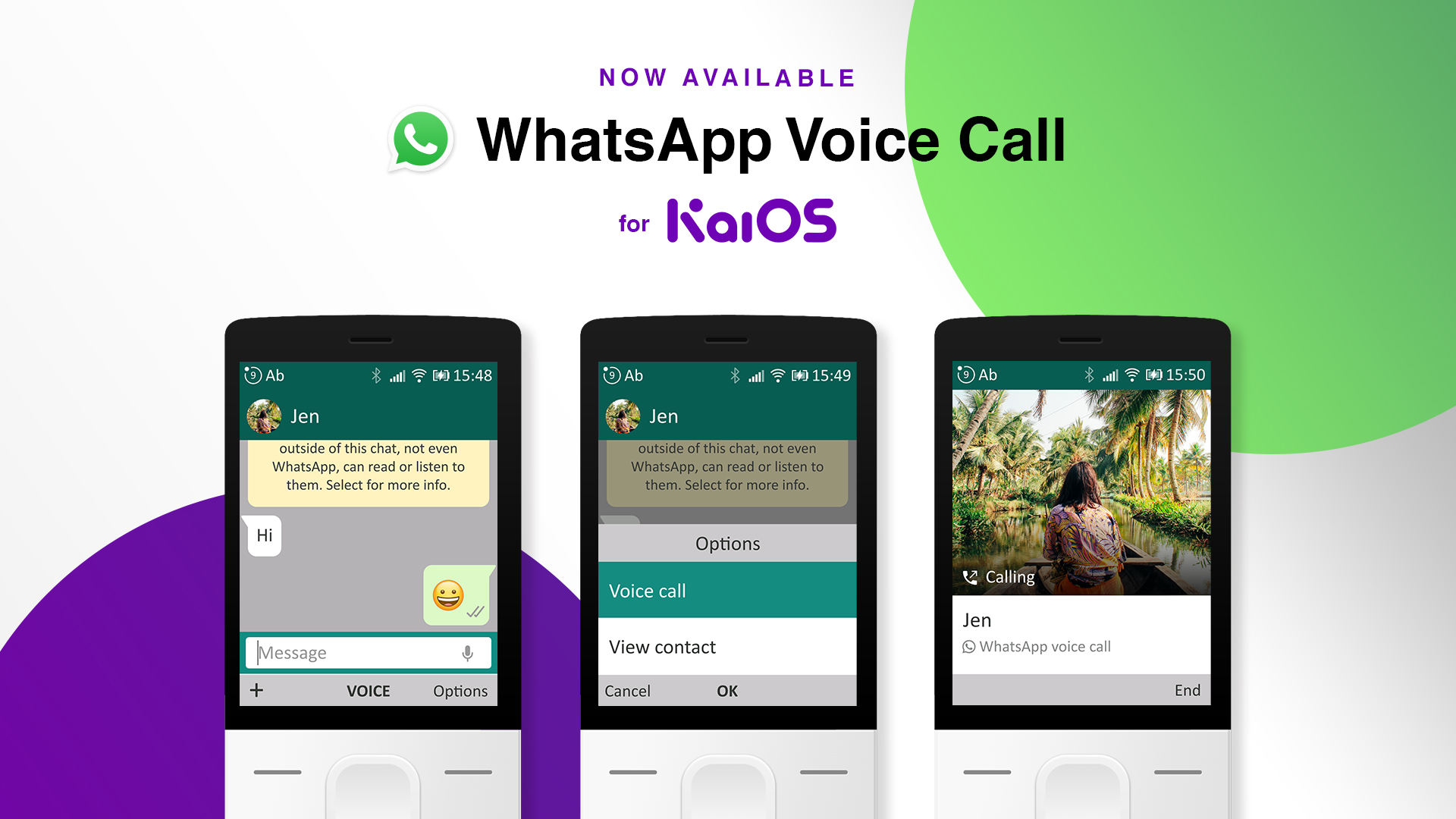 T he latest update to WhatsApp brings (VOIP) voice calling to KaiOS phones, including Nokia Mobile phones. All Nokia phones running KaiOS will now receive a new update for WhatsApp through the KaiOS store, which will finally enable the voice call option. This useful feature is available globally on compatible KaiOS-compatible devices with at least 512 MB of RAM.

How to activate: WhatsApp VoIP is available on most of the new and existing KaiOS devices with： 512MB RAM the latest WhatsApp version 2.2110.41 To activate the new feature, KaiOS users should update the current version of WhatsApp on their devices by accepting the update notification within the app. For new devices, the VoIP feature will be included in the latest version of WhatsApp, which is pre-installed upon shipment.

Hong Kong 8 June 2021 — KaiOS Technologies and WhatsApp released an update that enables WhatsApp VoIP (Voice over Internet Protocol) for KaiOS-enabled devices worldwide. The new feature is available to millions of smart feature phone users with the latest version of the app on KaiOS devices worldwide equipped with 512MB RAM.

“People are relying on WhatsApp now more than ever to communicate and stay in touch with their loved ones. We want to support communities who are on lighter operating systems in many places around the world. Bringing WhatsApp voice calls to KaiOS-enabled devices helps us connect the world privately through a service that is simple, reliable and accessible to everyone – no matter what kind of mobile device they’re using” said Matt Idema, COO of WhatsApp. Committed to closing the digital divide, WhatsApp and KaiOS have worked closely together to ensure that even underserved populations have access to the technology needed to communicate in a simple and cost-effective way. Since its launch on KaiOS back in mid-2019, WhatsApp has been made available to millions of people in emerging markets for the first time. KaiOS users have been enjoying WhatsApp in the form of text messaging, voice messaging and sharing media, all secured with end-to-end encryption by default to keep private conversations private. WhatsApp is now the top KaiOS non-system app with the highest monthly active users (MAU) worldwide. With the voice calling feature update, the app now allows voice calls over the Internet using Wi-Fi or mobile data, rather than pulling voice minutes from cellular plans. The new feature further enhances the overall KaiOS user experience, especially now, when strong mobility restrictions make platforms like WhatsApp and features like voice calls over the internet crucial for people to stay connected and handle basic life needs. As the only OS worldwide to natively support WhatsApp on affordable feature phones, KaiOS becomes an even more sustainable solution for carriers with WhatsApp VoIP, while tapping into the more than two billion 2G users to guide them toward more advanced, efficient technology. “As demand for instant, effective communications has surged in the COVID-19 era, it is critical to ensure this transformation can also be reached to the emerging markets and those who are less digital savvy, at a faster speed and scale,” said Sebastien Codeville, CEO of KaiOS Technologies. “Together with WhatsApp, we are taking another significant step towards the goal to make essential, useful services accessible for everyone, including underserved communities, seniors looking for simple devices and those using KaiOS devices as a companion phone. Now with the voice calling feature, users can easily place a call anytime anywhere in a cost-effective way.”

To activate the new service, KaiOS users must update to the current version of WhatsApp on their devices by accepting an in-app update notification. For new devices, the VoIP feature will be included in the latest version of WhatsApp, which will be pre-installed on delivery.