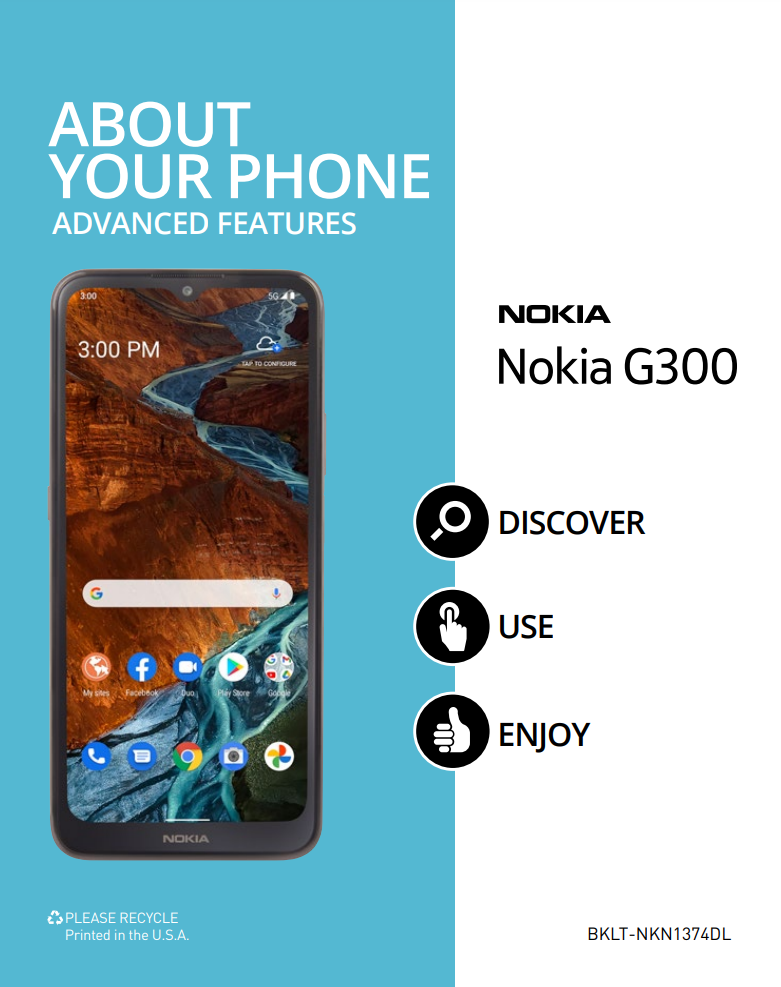 You may have read before that Nokia is planning and launching more smartphones soon, from which the specifications, images and user guide of the "G 300" have now been leaked.

The Nokia G300, codenamed Aoki, is not what we were probably thinking, but a phone locked by a mobile operator on TracFone’s U.S. network. Although the device has not yet come into effect, TracFone has revealed almost everything, including images, specifications and user guides, about the Nokia G300 on its support website. 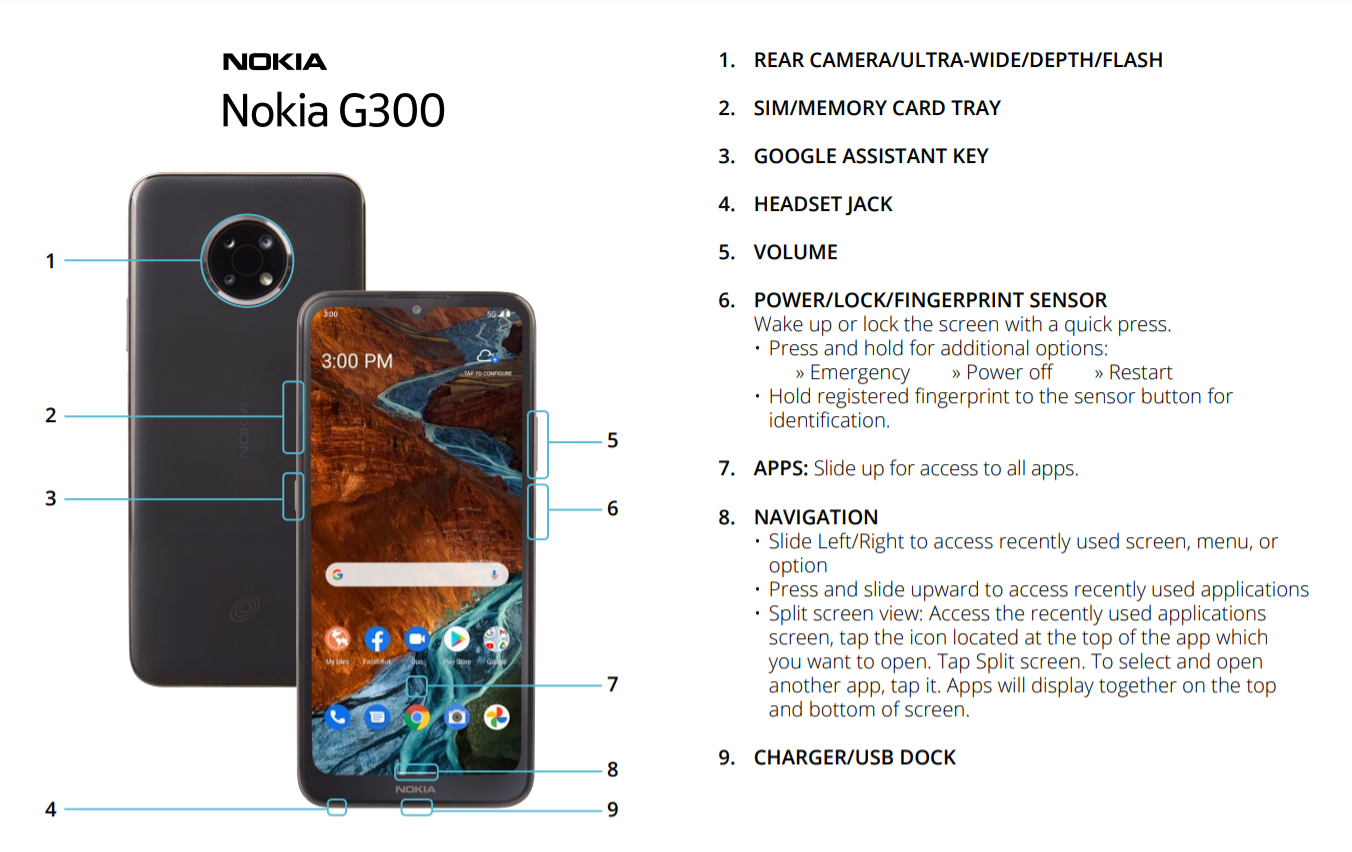 The N1374DL or TA-1374 phone is currently only available in gray with the TracFone logo. On the side of the device you will find a hybrid SIM card holder with a second slot or a SIM card, even for a microSD card, next to the Google Assistant button on the left. Bottom has a Type C USB port, speaker, 3.5mm audio jack and microphone. There’s another microphone on top, and the volume buttons are there on the right with the fingerprint reader’s built-in power button.

The Nokia G300 gets a 16 MP primary camera, a 5 MP ultra-wide and a 2 MP depth sensor with an LED flash that fits into the rear camera module. The thick outer ring resembles the camera body like the G20. Anyway, there is an 8 MP shooter at the front. The resolution of the video is said to be 1080p at 30 fps, but the screenshot in the tutorial also shows 1080p at 60fps.

The amount of RAM is not specified, but it has 64 GB of internal storage and up to 1 TB of expandable storage. The Nokia G300 will run on Android 11. Equipped with a 4470 mAh battery. The company claims that the standby time is 28 days and 11.5 hours and the talk time is 14.4 hours. The processor is not confirmed, but according to the specifications, it is another Nokia phone powered by the Snapdragon 480 5G platform. You get an intelligent PA speakerphone that protects the speaker from damage at high volume without compromising sound quality.