Nokia G20 is now available for purchase in Indonesia N okia's recently unveiled smartphone, the Nokia G20, has already become available in Indonesia. The Tokopedia trader in Indonesia announced an unmissable promotion, the deadline for which has unfortunately expired, but we can still say that it is extraordinary. 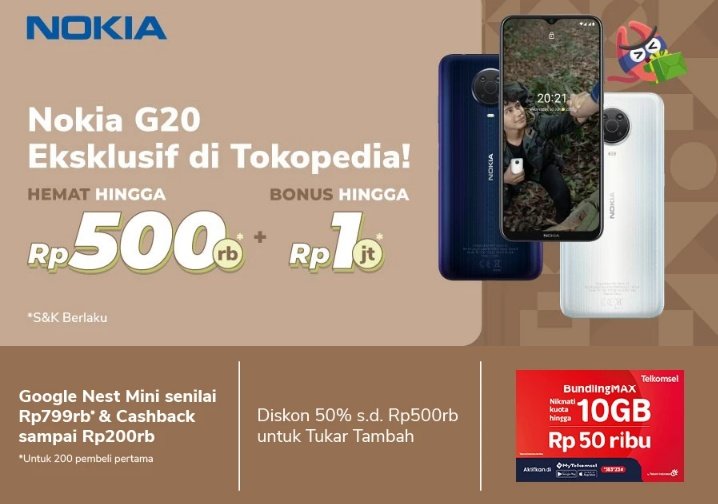 The Nokia G20 is powered by a non-removable Li-Po 5050 mAh battery and a 10 W charge. The device measures 164.9 x 76 x 9.2 mm and weighs 197 grams. Sensors include fingerprint (side-mounted), accelerometer, gyroscope, and proximity.

The device is available in Glacier and Night. It includes features like GPS with A-GPS, GLONASS, BDS, FM radio, Bluetooth 5.0 and USB Type-C 2.0, USB On-The-Go, and runs on Android 11 operating system.