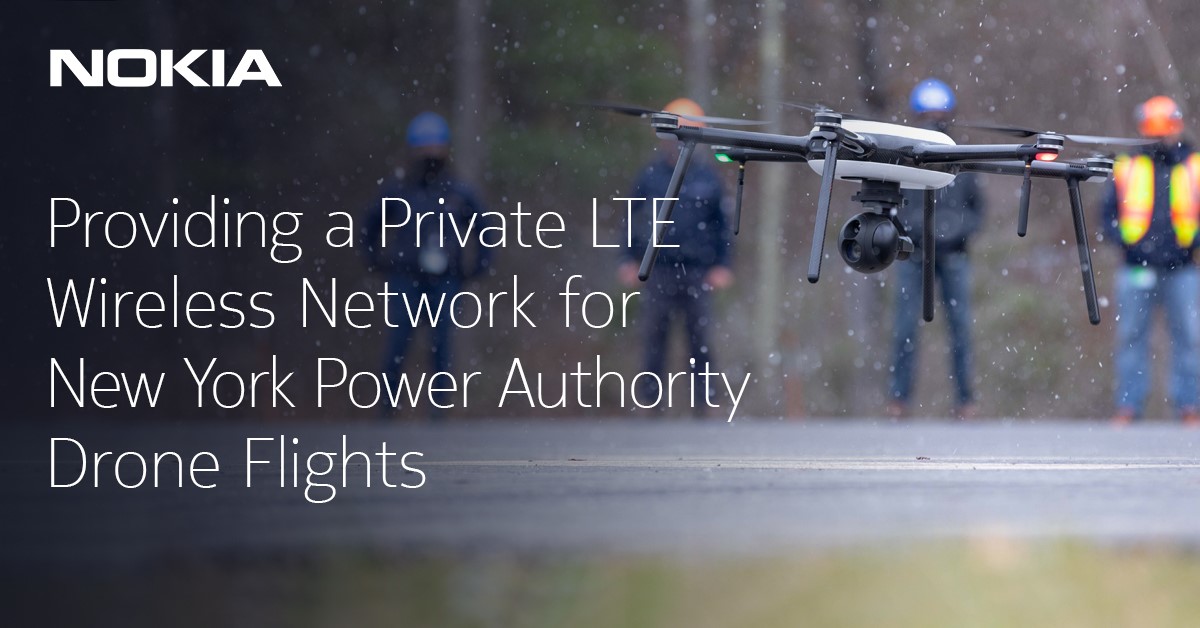 The drone flights took place in early December at the Blenheim-Gilboa pumped storage power plant in Schoharie County, New York. The flight was within sight and fully complied with FAA regulations.

Gil C. Quiniones, NYPA president and CEO said: “The ultimate goal of this project is to leverage all the benefits of the ever-evolving innovation in wireless technology, and this is an exciting first step.” “The pilot program to install Private LTE Wireless technology across our generation and transmission network is integral to NYPA’s transition to becoming an end-to-end digital utility so it is extremely gratifying to see the progress of this drone test.”

The drone flights took place in early December at NYPA’s Blenheim-Gilboa Pumped Storage Power Project in Schoharie County. The flight was within the visual line of sight and fully compliant with FAA rules and regulations.

The test flights were part of a pilot program that began last month when NYPA awarded a contract to Nokia to pilot private LTE wireless technology. NYPA is using Nokia Digital Automation Cloud platform to help build a secure, robust and reliable network to enhance operational and programmatic benefits. The ability to safely monitor and inspect NYPA’s generation and transmission assets through the use of drones is one among many applications NYPA intends to test.

Raghav Sahgal, President, Nokia Enterprise said: “These drone flights illustrate the power of the Nokia Digital Automation Cloud’s Private LTE wireless technology. NYPA was able to operate the drone via the LTE connection and monitor the drone camera feed in real-time with dedicated bandwidth. There is no better demonstration of the value that private wireless networks brings to utilities and other industries than real-life use-cases such as this...read more”