The Nokia C20 and Nokia C01 Plus are coming to the market of basic mobile phones at low prices. Both products have a battery that lasts up to two days and have an Android Go operating system that is lighter than the traditional version. 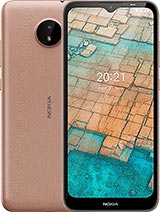 Key features of the Nokia C20 Plus include a dual rear camera, water drop-style display notch and up to two days of battery life. However, the smartphone retained the design of the vanilla Nokia C20 and is the same Unisoc SoC. The Nokia C20 Plus is ready for Google Android 11 (Go Edition).

The dual SIM (Nano) Nokia C20 Plus runs on Android 11 (Go Edition). It has a 6.5-inch HD + (720x1600 pixels) display with a 20: 9 aspect ratio. Under the hood, the smartphone features an eight-core Unisoc SC9863a SoC paired with 3GB of RAM. There is a dual rear camera that includes an 8-megapixel primary and a 2-megapixel depth sensor, as well as an LED flash. This is an update over the Nokia C20, which debuted on the back with a single 5 megapixel camera sensor. However, the front of the new phone has the same 5-megapixel self-timer camera — identical to the previous model. 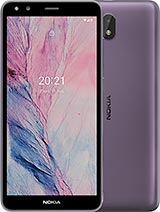 Connectivity options on the Nokia C01 Plus include Wi-Fi 802.11 b / g / n, GPS, Bluetooth v4.20, Micro-USB, FM radio, 3G, and 4G (with support for Band 40 used by some LTE networks in India) . Sensors on the phone include accelerometer, ambient light sensor, and proximity sensor.