Nokia C20 Plus from June 11 in Chinese stores 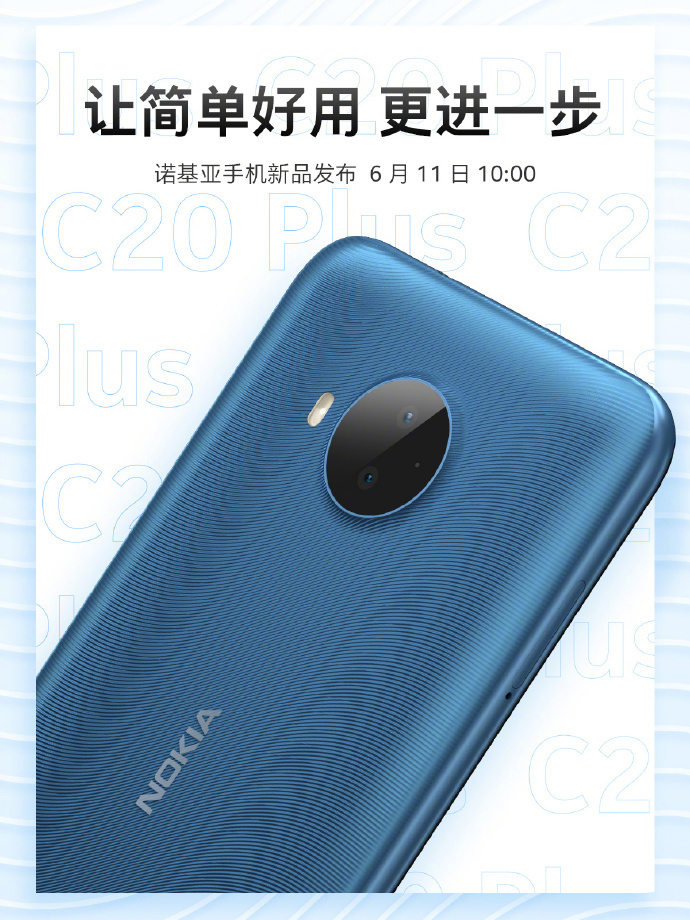 A fter a break of several months, Nokia Mobile will launch a new smartphone in China, this time the Nokia C20 Plus smartphone. The Nokia C20 Plus and Nokia Lite Earbuds (BH-205) released on Weibo’s website will be announced in about a week, on June 11 at 10 a.m. (China Standard Time, GMT + 8).

The Nokia C20 Plus is also equipped with a large 5000mAh battery, which is a big improvement over the standard version of the C20, which only has a 3000mAh battery. The flash is located to the left of the camera module and appears to come from the Nokia X20 / X10. The device is probably CQC certified with model number TA-1388 and will use a 10 W AC adapter. TENAA also mentions it, but has not yet revealed the images and specifications of the devices.

However, Geebench has revealed that the Nokia C20 Plus is powered by the Unisoc SC9863A, has a 1.6 GHz eight-core processor and a 3GB RAM version. The device runs on Android 11 operating system. Like the Nokia C3 and the Chinese C1 Plus, the Nokia C20 Plus has one-click direct access. For international markets, this is usually the Google Help button.

The device is probably supplied with a P660 battery. As this battery has already been registered on one of the Russian government portals, the Nokia C20 Plus will continue to be launched in Russia after its international launch.