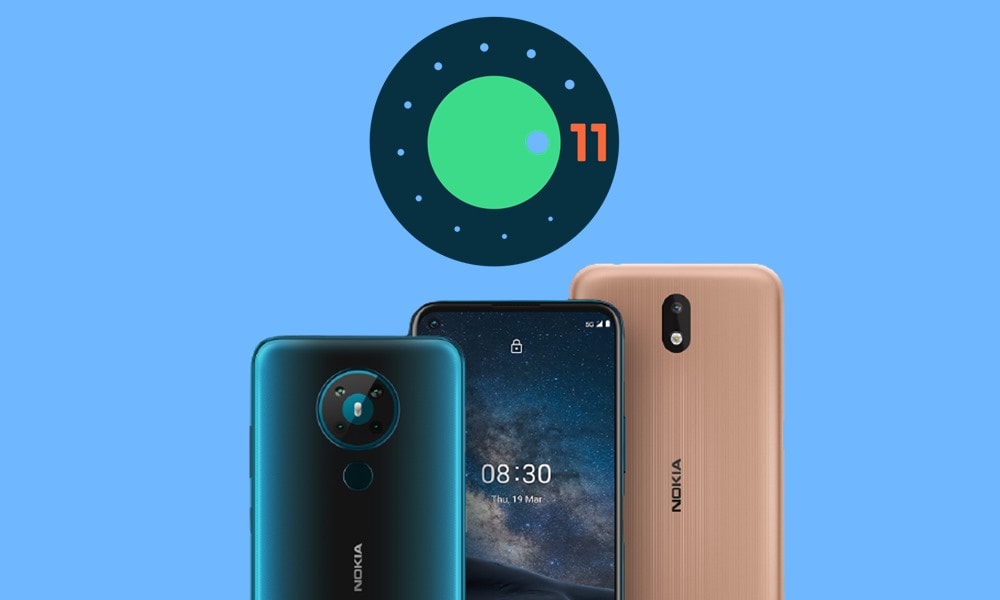 Both phones were discovered with the latest version of Android at Geébench recently which means they will get the Android 11 update.

The update may arrive later this month Nokia 5.3 and Nokia 8.1 may be next in line to get the latest version of Android. The two phones were spotted on Geébench running the Android 11 operating system. The update is reported to be available to users later this month.

Android 11 operating system has already appeared on the horizon, just can not yet take its shape well. It is no small task for the Google Empire to significantly renew the software environment every year. Users are already at an inherited disadvantage, with manufacturers preferring to focus on brand new operating systems rather than upgrading older systems running on previously sold phones.

Switching between different chat apps has become much more convenient, and messages are grouped and notified between notifications, and you can prioritize people. This implementation is similar to the new bubbles feature, the chat heads in Messenger, which, thanks to the search giant, will be an option for other messaging apps as well, making multitasking even better. It has been present on a few manufacturers' devices for a long time, but now screen recording will be available on all mobiles running Android 11.

From now on, a long press on the power button will not only display the usual shutdown and restart, but also the smart widgets connected to the phone, which can be controlled from here. Furthermore, we can also start contactless payment from this renewed interface. The new system has also made it easier to control media and switch between devices such as a speaker and headset. Android Auto now works wirelessly on any mobile running the new major version, of course you need a compatible car.

Android 11 allows you to assign one-time app permissions (e.g., microphone, camera, location), and automatically revokes permissions for apps that you haven’t used in a while. From now on, we will be able to obtain security updates through the Google Play Store, which will be available more quickly than if you were receiving a system update. Via Link