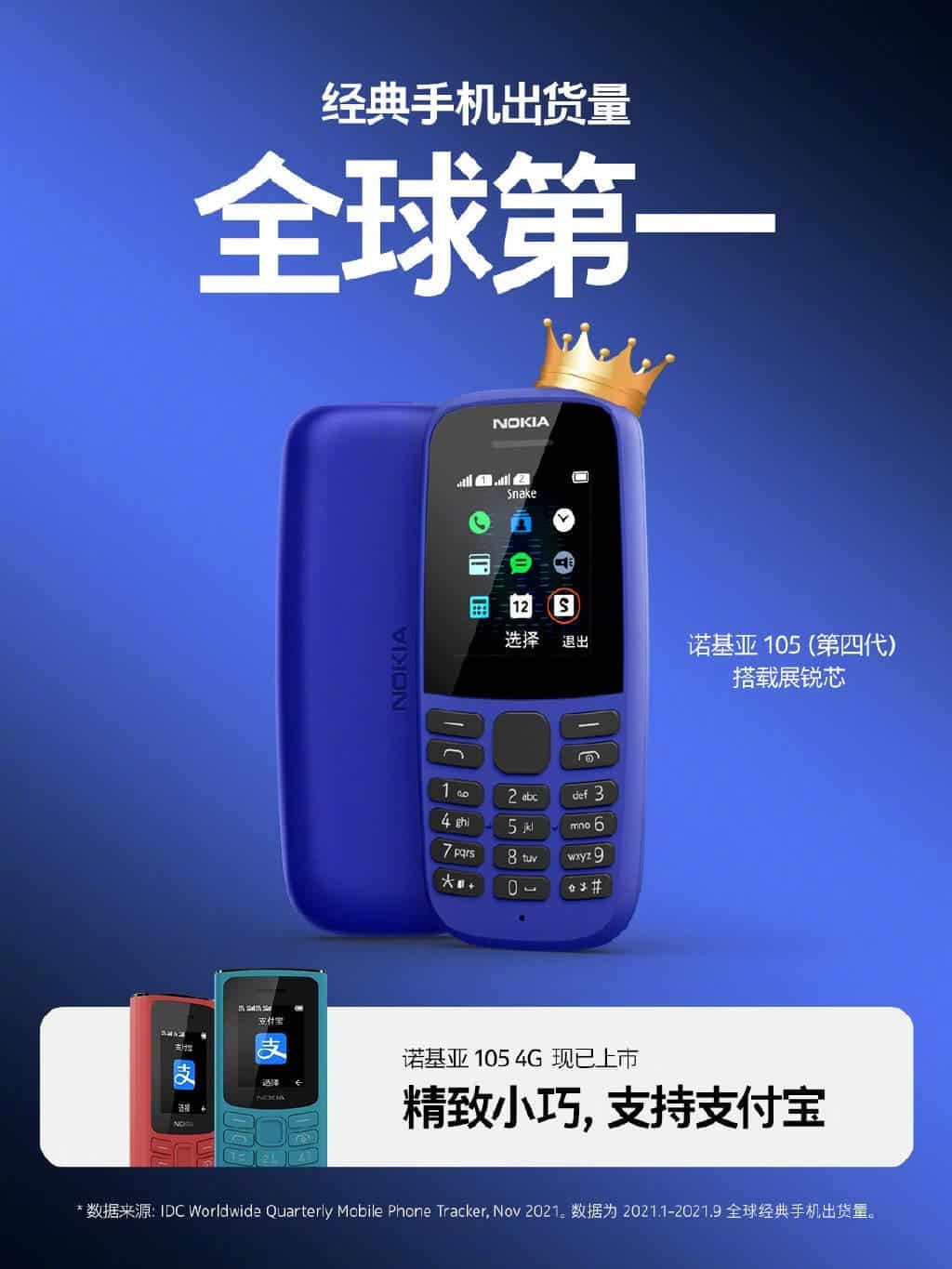 This model embodies the essence, and is probably the reason for its success: a 1.77-inch screen with QVGA resolution (128 × 160), a Spreadtrum SC6531E processor, 4 MB of RAM, and an 800 mAh battery that provides 15 hours of communication . The polycarbonate phone is particularly resistant to shocks and abrasion. It also has a 3.5mm jack port and a built-in radio, not to mention the inevitable Snake game.

Of the Nokia 105 launched in 2013 and 2017, a total of 200 million units were sold in 2021, with the rest made up of the iTel IT2171, Jio Phone, Tecno T528 and iTel IT5260. Nokia also praised this performance on the Weibo China social network: “Nokia phones are very popular in India, especially for their build quality, reliability and functionality.

With the Nokia 105, we bring a first-time phone to consumers and offer them a phone with a long battery life in a modern design with everyday basic features.