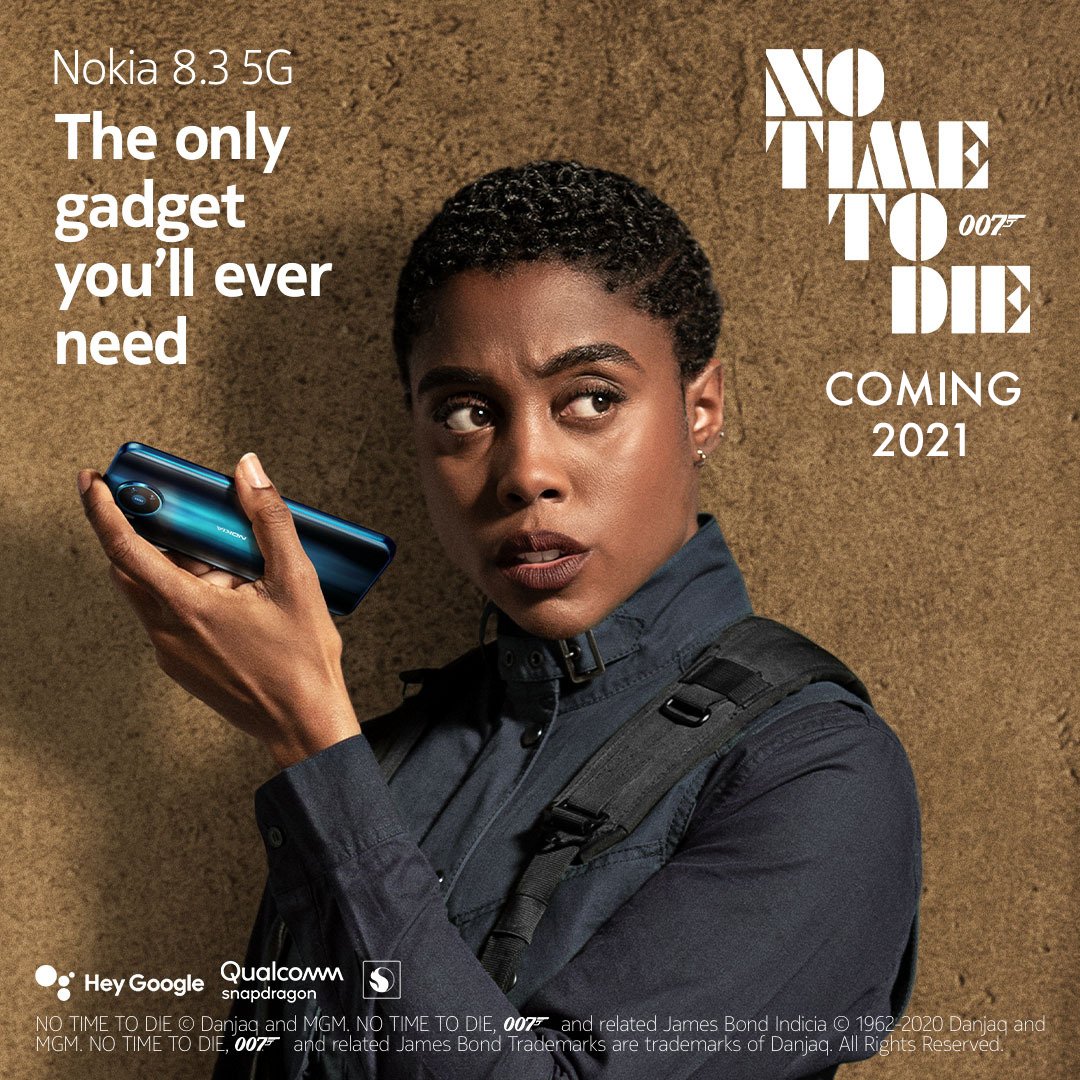 Y ou may have read it here several times here and on the World Wide Web James Bond film i.e. No Time to Die premiere postponed due to the Covid-19 world pandemic.

The film was originally scheduled to be released in November 2019, but has been postponed several times, first due to the departure of original director Danny Boyle and then due to the ongoing COVID-19 epidemic. Now that theaters around the world are gradually reopening, MGM has finally secured a release date in early October.

Happy #JamesBondDay! All 00 agents have a trusted gadget to get them through any situation, and in No Time To Die agent Nomi is equipped with her Nokia 8.3 5G. 🙌 Watch the video for intel on her mission 👇🔎 #OnlyGadgetYouNeed pic.twitter.com/ZBgvqxLGu7

As you already know, in this film, Nokia wanted to introduce James Bond film fans to the then-new 8.3 5G smartphone, which was withdrawn from the larger market, if not completely, due to the lack of customer interest. With the loss of sales of the Nokia 8.3 5G smartphone in the market, several people, including me, have raised the question of what kind of phone will Nokia introduce in the film?

In the commercials of the film, it is certain that you have also seen the Nokia 8.3 5G phone in the hands of Lashana Lynch (Nomi), which is expected to be replaced by Nokia, as this smartphone was already introduced to the general public on September 15, 2020. Due to the pandemic, the movie presentation still hasn’t happened so Nokia is likely to replace its phone.

I am currently realizing that this Nokia XR50, 60, 70 or G and C series of these versions could be the possible devices, because in the first week of October I think we will talk about such Nokia phones and I will write about them. On July 27, Nokia intends to introduce the Nokia XR20 and perhaps already the G50, which it has partially officially recognized. Of course, it is not yet possible to determine with any certainty what features these new Nokia phones will have, but hopefully the "King will regain his throne".

The variable schedule of "No Time to Die" is a symbol of the impact of the pandemic on Hollywood. The 25th film in the Bond series was the first major film to be delayed by the pandemic, but it was by no means the last.

The coronavirus epidemic disrupted the film industry, causing theaters to trigger shutters for months and mostly keeping audiences away from it. Success films such as Marvel's "Black Widow," "Universal" F9, and Paramount's "Top Gun: Maverick" suffered delays. The delay in “No Time to Die” is a huge blow to theater owners who are desperate to get the audience back. However, moving the film later is a strong signal that it can take months for things to return to normal in the films.