Four new Nokia smartphones have appeared in the IECEE database A ccording to the latest leaked information, Nokia will soon announce four new devices that have already been certified with unknown model numbers. 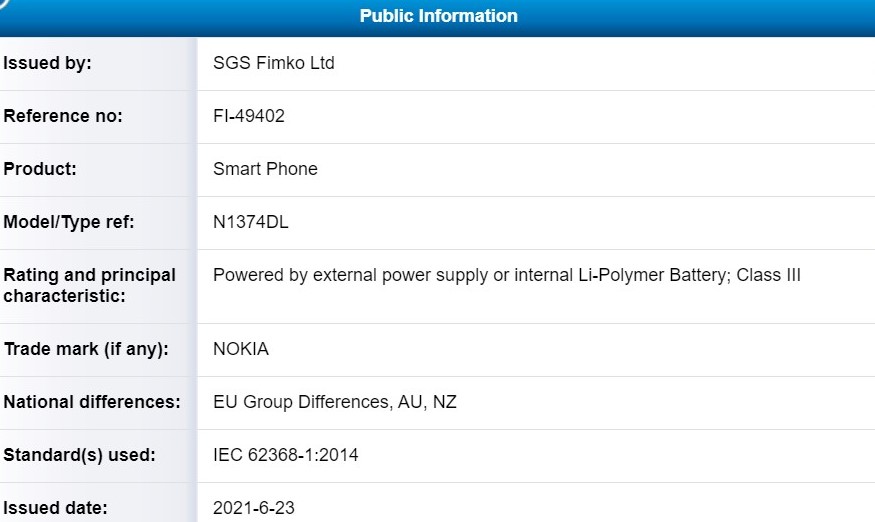 Nokia Mobile changed the naming scheme of its smartphones a few months ago and now seems to be doing the same with model numbers, or at least new model numbers. It usually follows the TA-1 *** (numbers) format. 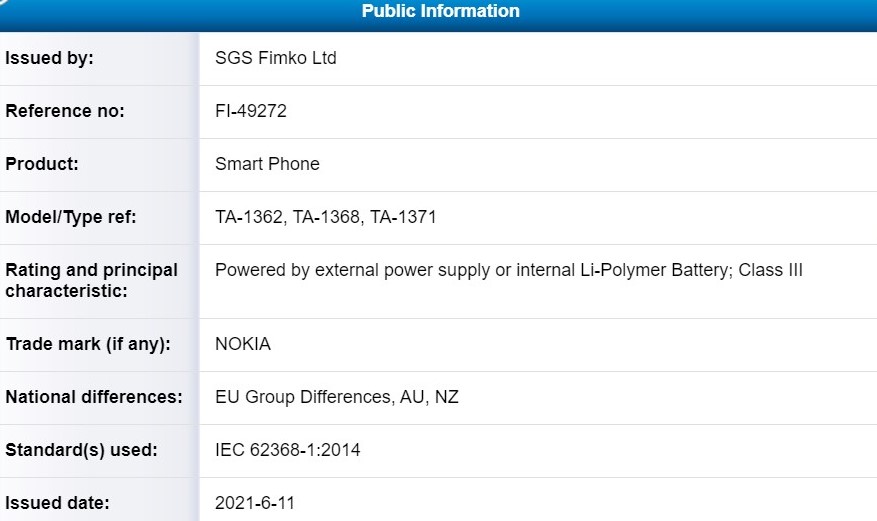 A new Nokia smartphone will bear the model number N1374DL and has now appeared in the IECEE database, which is released on June 23. A certification dated June 11 reveals some newer model numbers for the upcoming Nokia XR20. Russian retailers have previously listed the model number TA-1362, while the other two will be TA-1368 and TA-1371. The Nokia XR20 will head to the ANZ and EU regions.

The Nokia TA-1380, which we have already seen with Bluetooth 4.2 on the BT SIG website, has also been certified by CQC China. This is a 3G smartphone that comes with a 5 V, 1 A (5 W) charger. The details are similar to the Nokia C10 (TA-1342), but both are listed separately on the BT SIG website.