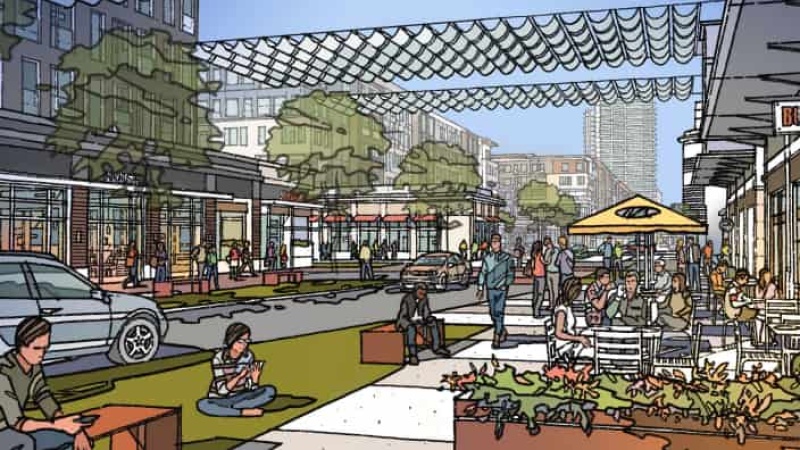 One of the region’s largest employers is proposing to demolish the northern campus of Kanata (Canada-Ontario) and replace it with a new 500,000-square-foot office complex and 11 residential buildings with up to 1,900 units.

In a recent submission to the city, the Finnish telecommunications giant Nokia says it wants to build a new office and R&D center on March Road, half a million square meters, with about 35,000 square meters of ground floor retail and retail space.

The new campus, located south of Nokia’s current facility at March 600, would include two office towers and a parking lot for 1,344 vehicles. In addition, Nokia says it plans to demolish existing office buildings and surface parking lots and will build 11 residential towers on their site, between 13 and 29 floors. The proposal provides for 1,900 units, nearly 50,000 square feet of retail space, restaurants and other facilities, and 2,410 parking spaces. Much of the parking lot would be underground and some visitor places would be in the department.

The development will require a number of zoning modifications, as some of the proposed buildings will exceed the current 144-foot elevation limit and the establishment of retail stores in the northern part of the area will be prohibited. If implemented, the new development would add thousands of inhabitants to an area that is already one of the fastest growing neighborhoods in the city.

Jamie Petten, executive director of the Kanata North Business Association, who discussed the plan with Nokia, says the development could play a big role in the “necessary transformation” of the technology park into a mixed-use district with vibrant commercial and residential buildings.

Nokia, which employs about 2,400 people in the nation’s metropolitan area,... believes the refurbished site could become the focal point of the office, residential and retail district. while other network infrastructure giants, Ericsson and Ciena, also have significant R&D centers nearby. In total, Kanata North Tech Park employs more than 30,000 people at more than 500 companies. Nokia bets the area’s population will continue to grow rapidly - and technology employees will want to return to their offices and live nearby. “Many of the prospective residents of the buildings are likely to work in (Kanata North Tech Park) and will be able to work on foot or by bike,” Novatech consulting firm said in its design documents for Nokia. "Although it depends on future site requests, the living space (area) allows for a large number of apartment sizes to serve a wide range of people and wallets."