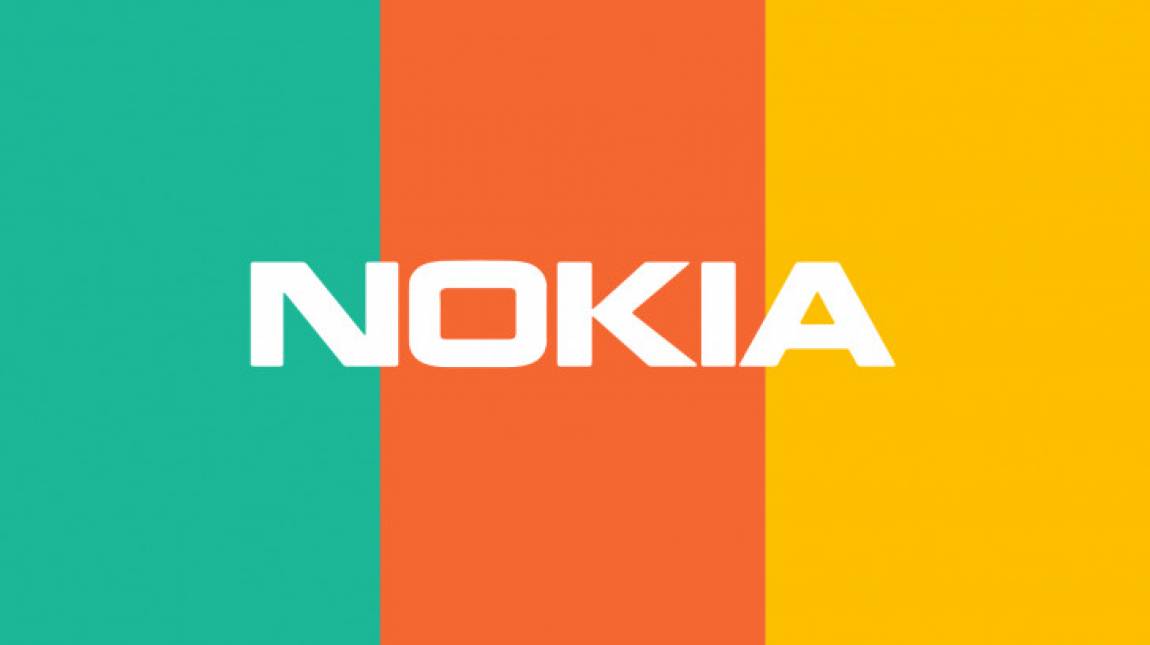 C ounterpoint market research organization has published a report on global mobile phone shipments for the second quarter of 2021. It calculates the quarterly performance of smartphones and mobile phones, as well as the annual increase and quarterly quarterly decline.

The report pointed out that Nokia Mobile has achieved excellent results in the mobile phone market, ranking second in the world in terms of shipments and first in Europe and Asia (excluding India). 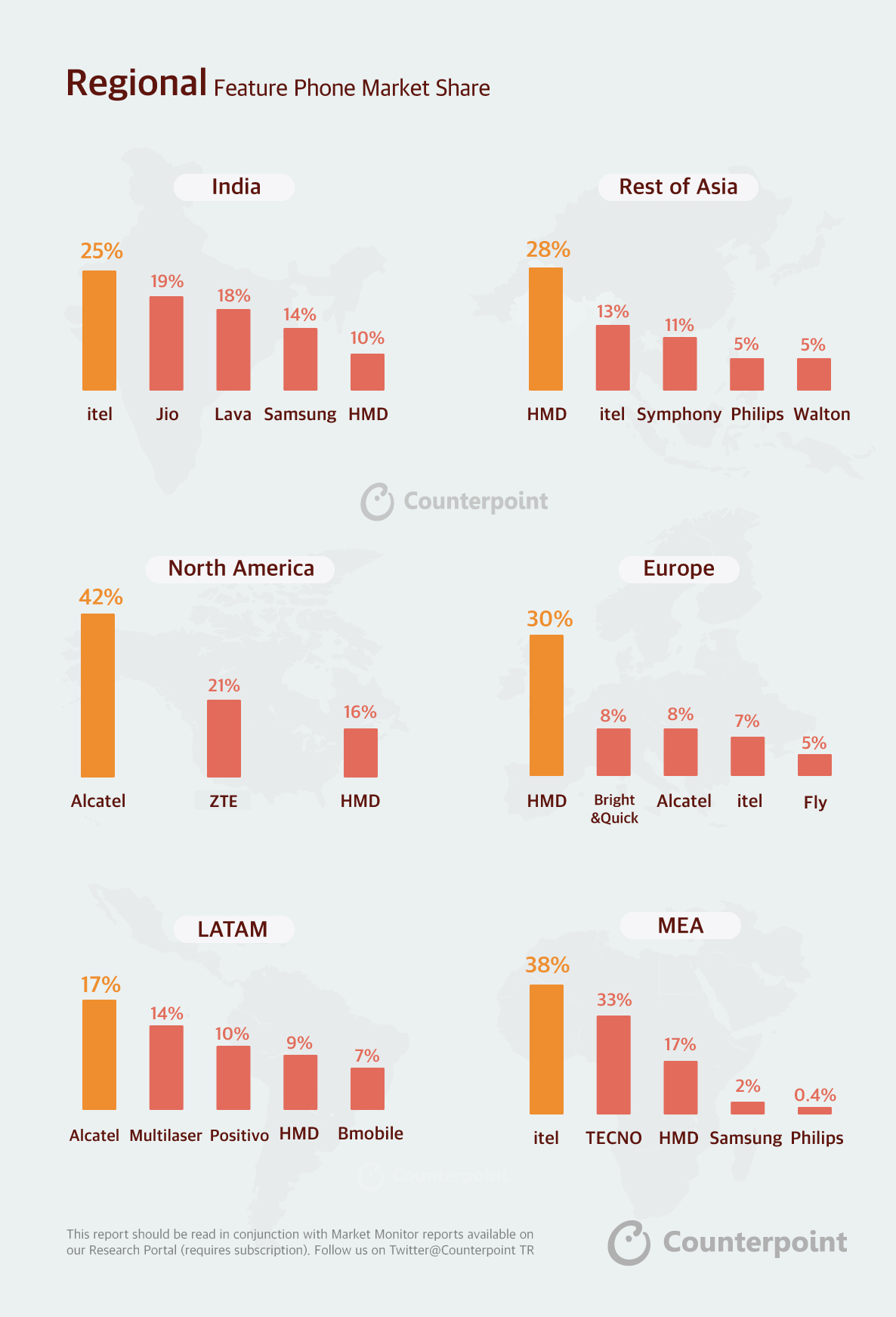 Looking at the macro view of the global mobile phone market, the top five shipments in the second quarter of this year are iTel (26%), Nokia (18%), TECNO (14%), Samsung (5%) and Jio (5%). With the exception of Samsung, it is completely different from the smartphone market.

By region, HMD Global successfully ranked first in the two major markets in Europe and Asia, with shipments outperforming other brands, especially in Europe, where Nokia Mobile accounted for nearly a third (30%) of other opponents, as a share, and the former has obvious advantages. As for Asia (excluding India), Nokia Mobile’s shipments also consistently accounted for 28%, far ahead of other brands and twice as much as iTel (13%).

Of the six major markets, Nokia Mobile's shipping volume is in the top five, North America third (16%), Middle East Africa (MEA) third (17%), Latin America fourth (9%) and India fifth. (10)%), it can be seen that the Nokia branded phones launched by HMD Global have an impact on the whole world and the results are excellent.

ITel is operated by Shenzhen Transsion Group. The company has always focused on the development and success of the African market. It has three major brands: TECNO, iTel and Infinix. In addition to the aforementioned iTel, TECNO’s shipments are the third largest in the world. The aforementioned Middle East and Africa market is in second place with a 33% share. Overall, Transsion Group has a global share of 40% and a market share of more than 70% in the Middle East and Africa. paying attention. 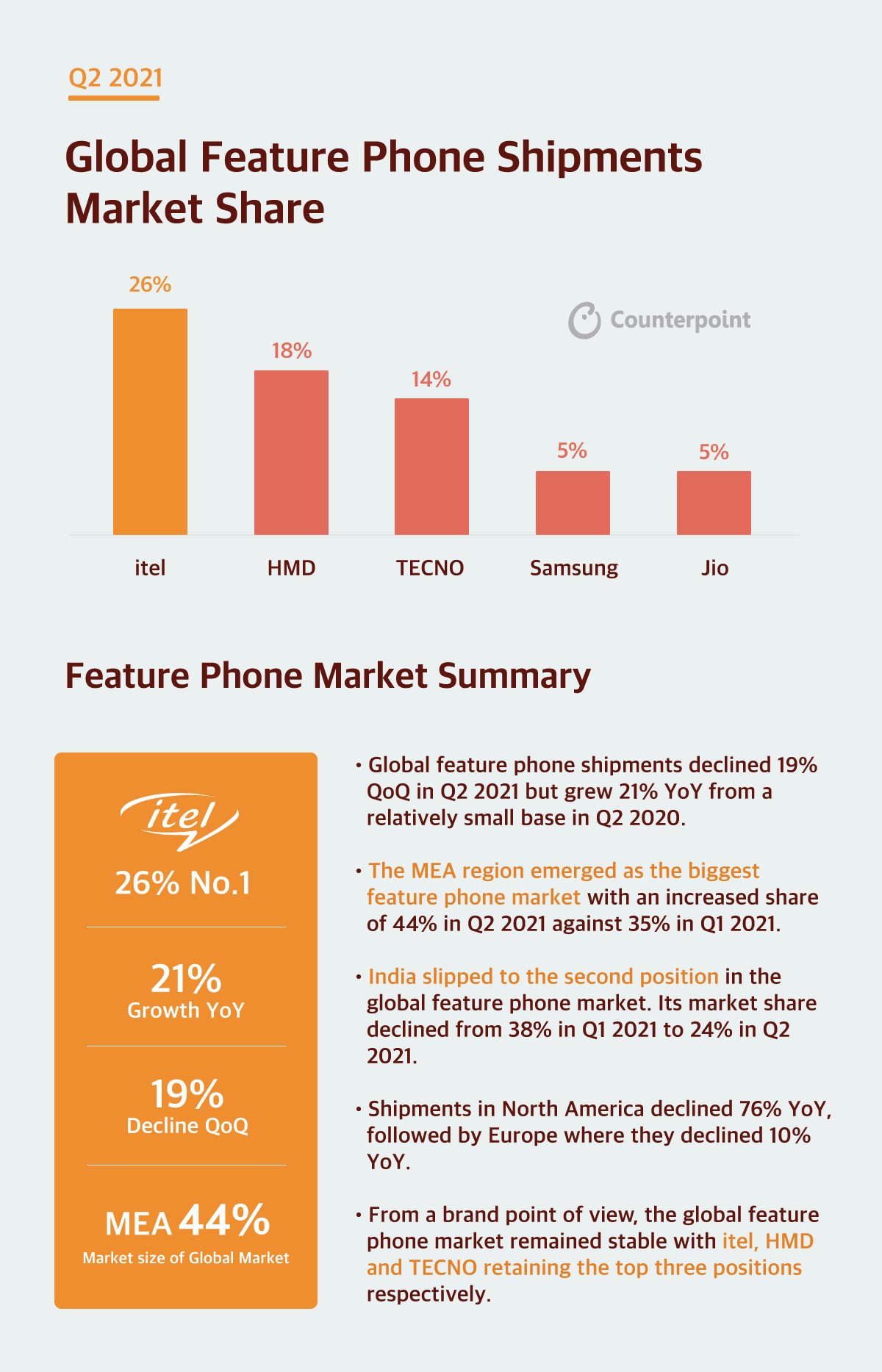 The global mobile phone market is not as weak and outdated as the outside world thinks. In fact, demand remains huge. In the second quarter of this year, total shipments grew 21% year-over-year, more than the 17% increase in smartphones. There is still some controversy. value. One personally believes that the impact of the mobile phone market being replaced by smartphones is long over and there is always fixed market support in different regions. With the addition of features and specifications that keep pace with the times, the retreat of phones has temporarily ended and stabilized. The emergence of the next wave of decline will depend on the development situation of the two main markets, India and Africa.

As for Nokia Mobile's stable second place in the world, although HMD Global has not been able to break through the smartphone market, the operation of Nokia-branded feature phones is brilliant. Today's results are not without reason. With last year’s Nokia 215 4G and Nokia 225 4G, this year HMD Global upgraded the two entry-level Nokia 105 and Nokia 110 to 4G, supported VOLTE, and successfully attracted many consumers on a budget with a colorful design at a price of 4G-enabled phones start to consolidate sales of services.