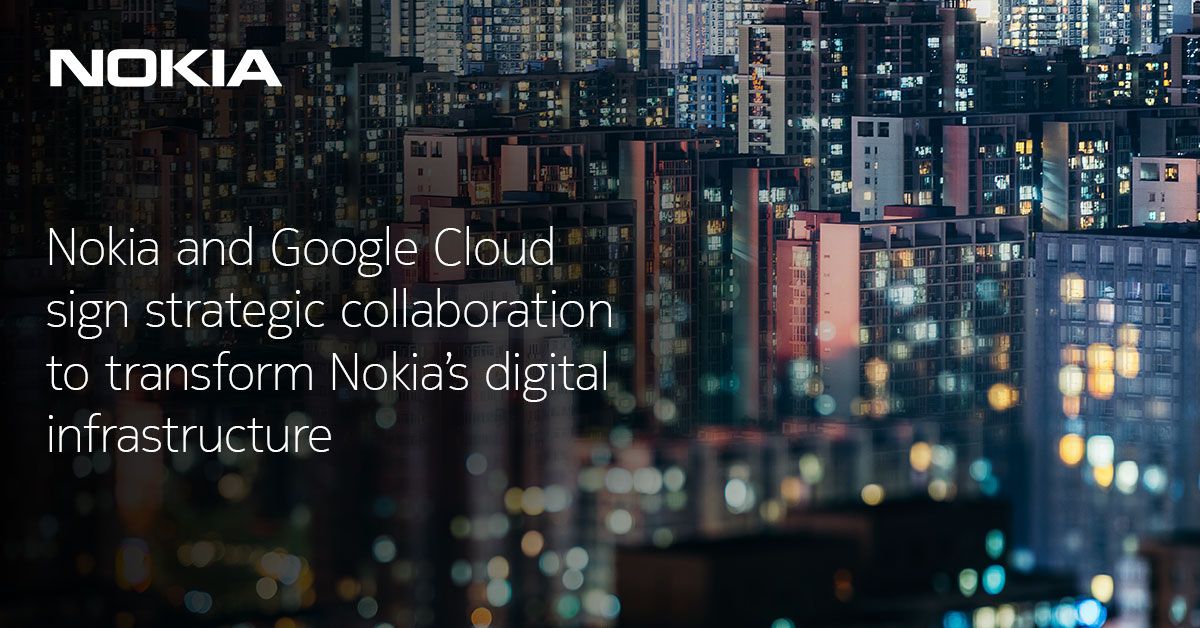 Nokia has signed a five-year agreement to relocate its IT infrastructure to Alphabet Inc.’s Google Cloud service, another major corporate victory for the U.S. technology company.

Nokia is moving away from owned and leased, less powerful data centers and servers in roughly a dozen countries that have been accumulated through various acquisitions, Ravi Parmasad, the company’s vice president of global IT infrastructure, said in an interview with Bloomberg.

“You have to invest in this hardware every few years, so we have to break this cycle,” Parmasad said.

The Finnish company, which is most famous for its rise and fall as a phone manufacturer, is now focusing on building network equipment for next-generation 5G wireless services. The new CEO, Pekka Lundmark, is in a three-way battle for the global 5G market with Ericsson AB in Sweden and Huawei Technologies Co. in China.