T oday, Nokia, in collaboration with HMD Global, announced the unusual launch of three simple mobile phones, which are nostalgically looking for the reason for their existence - Nokia 8210 4G, Nokia 2660 Flip and Nokia 5710 XpressAudio. In addition to this trio, the Finnish company also presented a simple tablet with the Nokia T10, which tablet fans have been waiting for for months.

Starting with the Nokia 8210 4G, the company brought back a mobile phone from 1999 to the present day, introducing a data connection technology that did not exist at the time: fourth generation networks. It has an alphanumeric keyboard, a body that promises to be as durable as the original model, and a 2.8-inch color screen.

The addition of 4G also supports calling via VoLTE, and the Unisoc T107 chip inside controls the simple operating system. It has 128 MB (yes, mega) of memory and can be expanded up to 32 GB with a microSD card. There is a camera on the back and it takes VGA (480p) pictures.

Like the original Nokia 8210, the new model has a removable battery, but weeks of autonomy are only guaranteed in standby mode, that is, when we do not use our mobile phone and do not turn off the device.

Moving on to the Nokia 5710 XpressAudio, the user is left with a simple, small screen mobile phone, but it shrinks down to 2.4 inches. The chip is the same as the single rear camera and replaceable battery, as well as the alphanumeric keypad. This device tries to be an MP3 player with a built-in TWS (totally wireless) headphone jack.

The accessory is attached to the back and recharges its battery from there, which even guarantees sound insulation. The autonomy is up to four hours of listening to music or two hours and 30 minutes of talking via the 4G network. 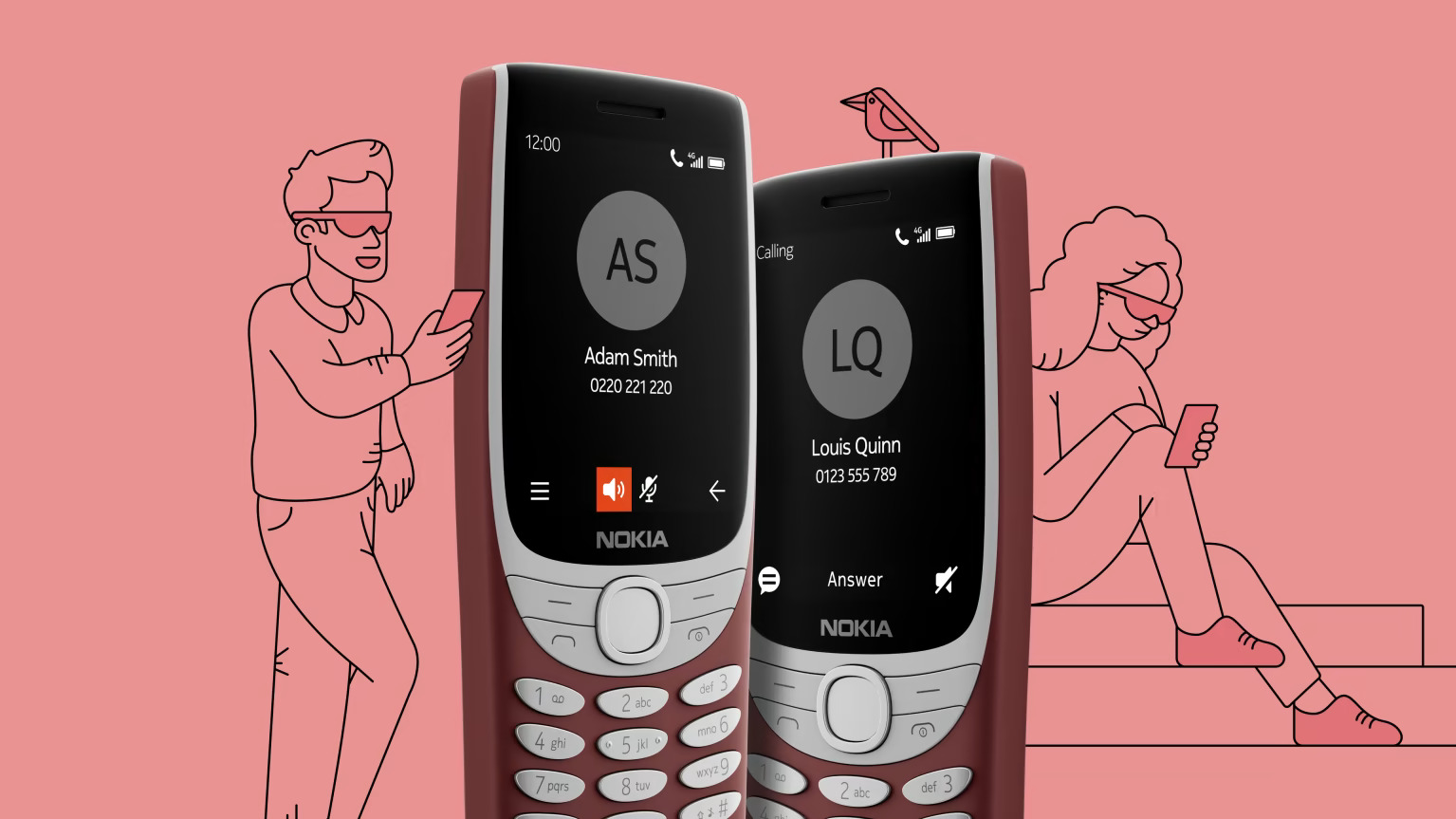 The Nokia 2660 Flip is a flip phone with a 2.8-inch internal and 1.77-inch external screen. The processor, memory, camera and 4G connection remain unchanged, and the replaceable battery also remains.

The Nokia T10 is a simpler tablet than the already simple T20. The product's eight-inch screen has a 720p resolution, while the chip is a Unisoc T606. This is the same processor found in very basic smartphones such as the Motorola Moto E32, Nokia G21 and Samsung Galaxy A03.

The chip comes with 3 or 4 GB of RAM and 32 or 64 GB of internal memory, a 5100 mAh battery, and it runs Android version 12 already, with the promise of two major updates. This means that the Nokia T10 will get up to Android 14 and will also include security patches for three years. An 8-megapixel camera on the back performs the work expected from such functions of tablets, while a 2-megapixel sensor on the front supports video calls.

In the European market, the values ​​look like this: